Artificial Cervical Disc Replacement is a spine surgery involving the replacement of the degenerated disc, from the cervical region, with an artificial disc, through an incision on the front of the neck. It is indicated in patients experiencing severe neck and arm pain along with numbness and weakness in the arm due to cervical radiculopathy (compression of the spinal nerves) and/or cervical myelopathy (compression of the spinal cord).

The degenerated disc is thinner than the normal disc resulting in loss of height between the adjacent vertebrae. Moreover, the disc loses its ability to absorb shock, which increases the pressure over the facet joints, causing increased wear and tear and damage to the cartilage of the joint, leading to formation of bone spurs and neck pain.

The reduction in disc height constricts the cavity in the cervical spine (neural foramen) through which the spinal nerves pass. The compression of these spinal nerves results in pain, numbness, tingling and weakness in the arms. The bone spurs may also compress the spinal nerve or the spinal cord.

The degenerative changes in the disc may also lead to herniation of the disc wherein the soft gelatinous material (nucleus pulposus) may herniate through the outer fibrous ring (annulus fibrosis) and compress the nearby spinal cord and/or spinal nerves. Compression of the spinal cord can lead to pain and weakness even in the legs. In rare cases, it may also cause partial paralysis of the arms.

The initial treatment of degenerative disc disease and herniated disc comprises of non-surgical options which include medication and physical therapy. However, if the symptoms do not improve or radiculopathy or myelopathy occurs, the surgical removal of the herniated disc (discectomy) is recommended. Usually, fusion of the adjacent vertebrae is performed along with discectomy. Artificial cervical disc replacement is an alternative to cervical fusion after discectomy in patients with degenerative disc disease or herniated disc. It involves the replacement of the damaged disc with an artificial disc. Artificial disc replacement cannot be performed in patients with cervical instability, significant facet joint damage or infection.

The artificial disc, used to replace the degenerated disc, is similar to the natural healthy disc. It restores the height between the two cervical vertebrae, enlarging the neural foramen and relieving the pressure on the spinal nerves. It is also capable of absorbing shock which relieves the pressure over the facet joints. Artificial cervical disc replacement not only stabilizes the cervical spine but also restores the normal mobility of the neck.

How is the procedure performed?

Before the procedure, the patient is sedated and administered anaesthesia. The patient is placed on the operation table lying on his/her back. The cervical spine is approached through an incision on the front of the neck. The neck muscles, trachea and the oesophagus are retracted to access the cervical spine. The affected disc is identified with the help of intra-operative fluoroscopy and removed. Bone spurs or outgrowths compressing the nerves are also removed. The artificial disc is then placed precisely in the disc space between the vertebrae with the help of intra-operative fluoroscopy. After checking the range of motion of the neck and confirming proper fit of the artificial disc through fluoroscopy, the incision is sutured closed.

Patients are usually discharged a day after the surgery.

What are the associated risks and complications?

Every surgery has some risks associated with it. Although artificial cervical disc replacement is a safe procedure, some of the risks that can occur include infection, bleeding and nerve injury. Nerve injury in some patients may lead to hoarseness of the voice and difficulty in swallowing, but it usually resolves within a few weeks. Occasionally, a spinal cord injury may also occur. This is a serious complication and can lead to paralysis and even death. 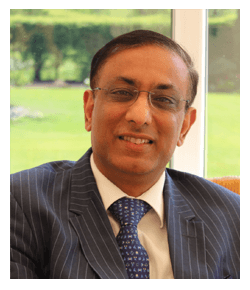 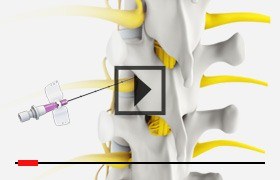